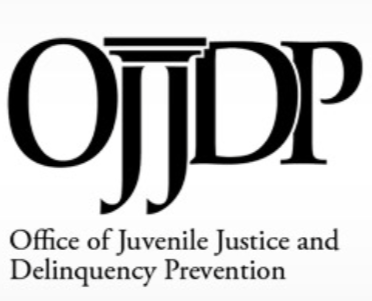 On December 13, 2018, Congress passed H.R. 6964 with broad bipartisan support, and the President signed the bill into law the following week.

The Juvenile Justice and Delinquency Prevention Act, first passed in 1974, was last reauthorized in 2002 and expired in 2007. In the interim, the Office of Juvenile Justice and Delinquency Prevention has seen its budget slashed dramatically. More recently, under the leadership of Administrator Caren Harp, OJJDP has loosened federal reporting requirements and reduced states’ accountability for measuring racial and ethnic disparities. Reauthorization will strengthen data reporting requirements and make it tougher for states to place youth in adult jails, among other provisions. The legislation also contains a two-year reauthorization of the Runaway and Homeless Youth Act.

Click here to read the text of the bill.

The Coalition for Juvenile Justice has written a concise summary of the bill, including a brief history of the JJDPA and key changes included in the reauthorization.

YTFG connects me with new information and ideas directly related to our grantmaking strategies. I find the content valuable and the network of funders essential in maximizing our impact.

YTFG allows our members to share best practices, stay current on new issues and trends, identify new opportunities for collaboration, and deepen the impact and effectiveness of our work.

YTFG has been the safe and thought-provoking space where foundations can address social policy barriers, herald success stories, and identify ways that philanthropy can play a pivotal role in improving outcomes for youth and families, greatly increasing the impact of our individual and collective time and investments.

YTFG events bring together great speakers, cutting-edge updates, and most importantly, time to connect with my philanthropic colleagues from around the country.

YTFG offers funders large and small the opportunity to learn from colleagues and experts, share ideas, and build collective momentum for policy reforms that will greatly improve the lives of children and families.

YTFG has provided smaller foundations like ours with access to philanthropic partners, public policy makers and content experts, all of which has been thought-provoking, inspirational, and invaluable in our foundation’s successful efforts to improve the lives of youth involved with the justice system.

YTFG is a unique network of foundations who share a common vision to improve outcomes for youth transitioning into adulthood.

RT @rhfdn_NY: After RHF team visited the @LegacyMuseum & @MemPeaceJustice, we reflected on how systems and the wealth of this cou… https://t.co/pFH0fClJHU
RT @NoKidsInPrison: “[Our children] need a juvenile justice system that is truly just. ...It’s up to us to create one for them.” -… https://t.co/M6Vk1oWGz8
RT @MDRC_News: Expanding beyond college, ‘promise’ scholarships roll out youth apprenticeships, reports Elin Johnson… https://t.co/TTuvUImOts

Investing to help all youth make a successful transition to adulthood.